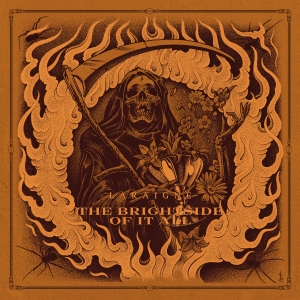 LARAIGNÉ- What comes to mind when trying to describe Greg Laraigné as a musician? Well first off, let’s address that he now goes by LARAIGNÉ when his music is involved. Don’t worry, if you’re a friend or a tattoo client he still answers to Greg. But regarding the music... Honestly, the first thing that comes to mind is Steve Earle’s “I Feel Alright”. Roots style music with a harder edge and punk rock ethics. That might lead me to also think later era Uncle Tupelo and the more rocking Son Volt. These are references from 20-30 years ago, but that’s not a bad thing. It means LARAIGNÉ has a timeless sound, which is a necessary asset when travelling the world as a true troubadour. I guess maybe Brian Fallon, Jon Snodgrass and Frank Turner would be more modern comparisons. Closer still might be his friend and now-SLN labelmate Seth Anderson, in that they encapsulate both the brightness and melancholy of living one’s values through song. Honest people making honest music. What else should music be, really?